Having left home at 5:30am we arrived at Rockingham looking for somewhere to setup in the inner paddock.  A plea on WhatsApp I'd made paid off and we had an area reserved for us. Most drivers arrived on Thursday evening in plenty of time for a day of Testing Friday so we’re still asleep on their motor homes. We can’t afford either luxury 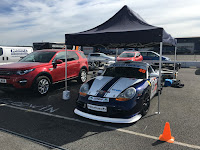 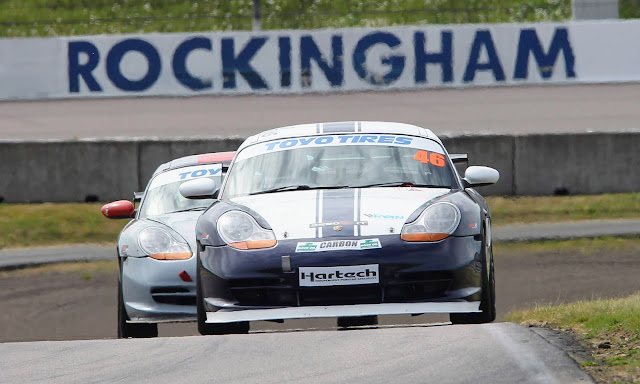 Our car was pre-setup based on the settings from previous outings here however conversations at signing on with other drivers suggested there was little grip in circuit.  We softened the suspension a little and went straight out to qualify.   I got a banker lap in early but then made mistakes on each of my subsequent faster laps.  The session was red flagged early on another better lap, but to my surprise I qualified P4. I quite like this no testing approach! 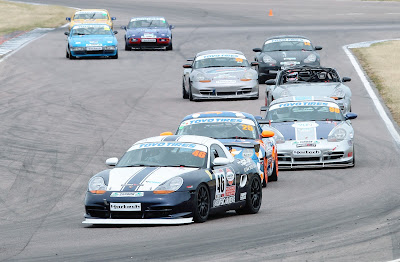 Race 1: I started on the outside of the grid and took my favourite super wide line into the first hairpin gaining back a place I’d lost. It always concertinas on the inside and you can easily get blocked in.  The handling was difficult but I was able to run flat out around the banking an keep up on the brakes into the first hairpin.

I kept up with the cars in front just as they were slowing each other down, but never managed to get close enough to seriously threaten a pass finishing in P6.

Race 2: On Sunday morning was blisteringly hot.  Our tyres were struggling all weekend and the low grip disrupting our expected suspension and rollbar setup.  Whilst we had a new set of tyres available I needed to keep those for Castle Coombe. Starting with lower pressures means they take longer to come in on the first lap but you struggle less later on. It’s always a difficult balance.  I tweaked the suspension a little but the car was no more drive-able and I ran P6 for the whole race. 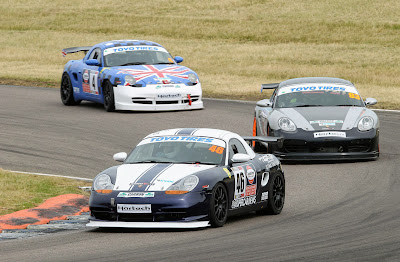 Race 3: Rockingham was an opportunity for the championship to experiment with a pit-stop race for the first ever time.  I got a decent start and wasn’t too far off the front group when the pit stop window opened.  Nobody went in so I took my chance early keeping my speed down to 60kph pit-lane limit and looking for my crew (family) in yellow jackets.  A simple stop / go as they removed some velcro markers from the front and bank windows - and I was back out onto track.  I got held up massively on my out lap and when I came around the front runners had pitted and come back out still ahead - nothing gained.  With no pressure from behind and I managed the race to the end for yet another P6 finish.

The pit stop was a resounding success all round.  Drivers and their teams and families loved being involved and it added some extra entertainment on top of our traditionally close racing for those watching and participating.  Hopefully it becomes a permanent fixture,. 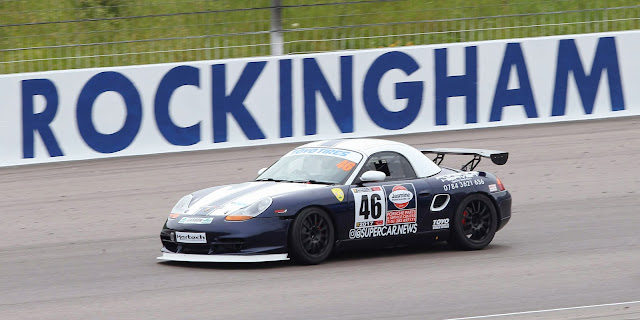 In just 3 weeks we head to Castle Coombe for the first time ever supporting the https://tcruk.co.uk/ touring car series.