To date we've had no idea how much power our engine is outputting.  Interested to know how well it performs and if we are on a par with other cars in the championship we booked a session on a local rolling road.  Snetterton Speed Shop; based at the Snetterton Circuit, is a small unit who specialise in Mini race preparation, running several cars in the BRSCC Mighty Mini championship. Owner Jonathan Lewis won the championship recently so they clearly know what they are doing!

In the best case our engine would be producing over 250bhp. On the other hand if power was much lower this would indicate the need for a rebuild sooner rather than later.


As the car was setup on the rolling road it became apparent there was an issue with ride height.  Although the Porsche Boxster isn't that low at 100mm, the chassis support arms underneath the engine hang lower and were scraping the rollers.

The guys quickly removed the wheels and adjusted the Gaz shocks to raise the height by 10mm each side, carefully marking the original position so we could put it back easily afterwards. 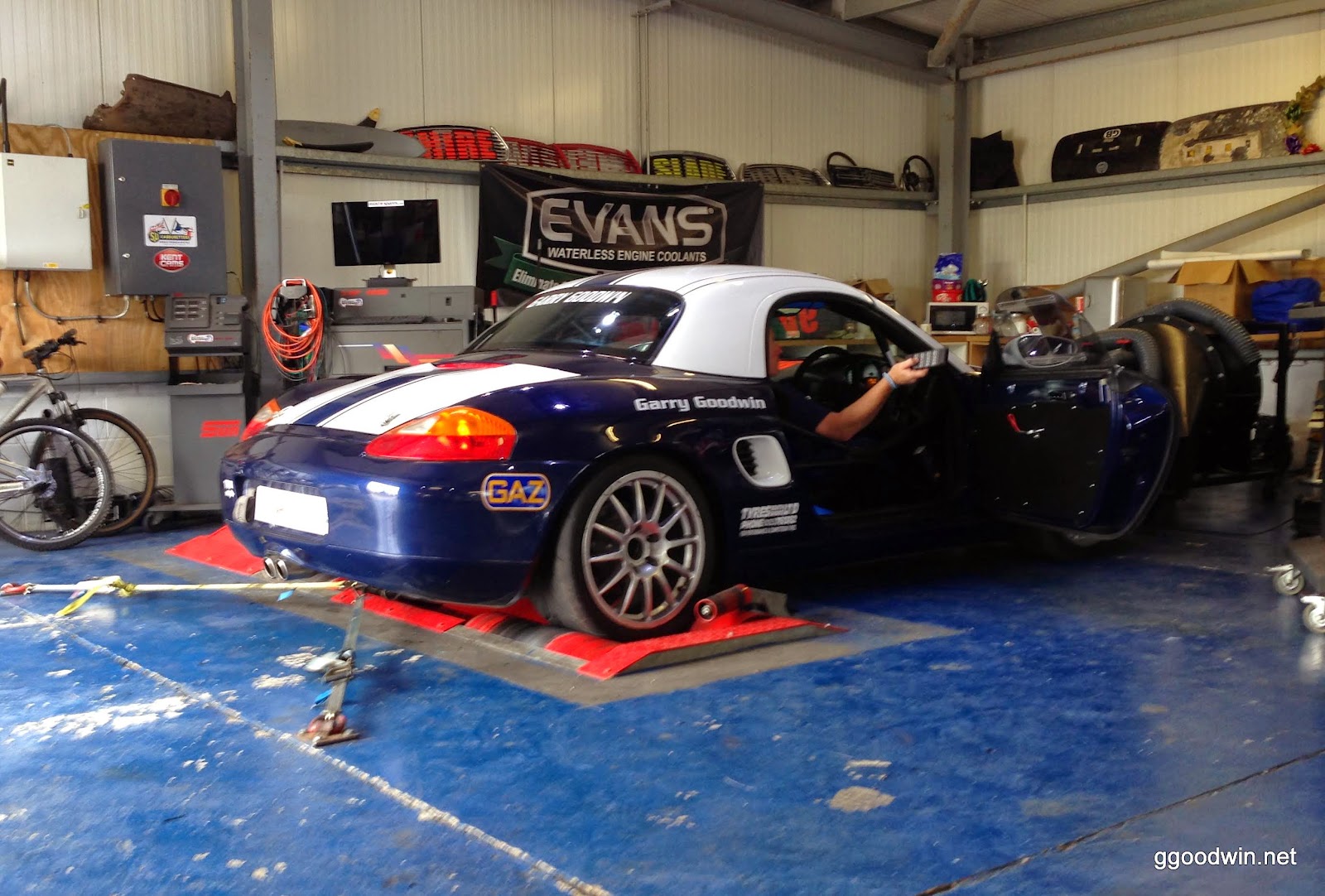 Once that was sorted the rolling road was fired up and they put the car through three separate power runs. Each time getting the car into 4th gear and then taking the revs up to the 7,000 rpm limit.
The output showed our engine producing around the factory spec 250bhp.  Although a little less that a perfect newly rebuilt engine, this is perfectly respectable for 13 years old and 80,000+ miles old.
Posted by Garry