A lot of work was done this weekend to resolve the rear-end damage to the car.  Replacement parts were purchased (mostly off ebay) in anticipation.
The rear spoiler had to be removed to allow removal of the bumper outer.  Once removed, we found the majority of the impact had been borne by the inner bumper bar (broken in half) and mounts (deformed). The used replacements were straightforward to bolt on. 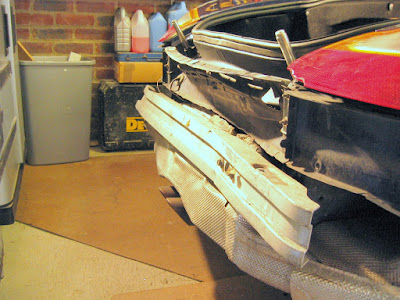 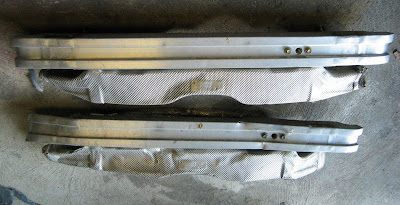 There is some deformation of the rear boot panel, but this appears to be purely cosmetic, so will be left. 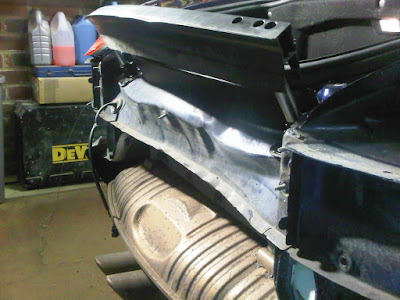 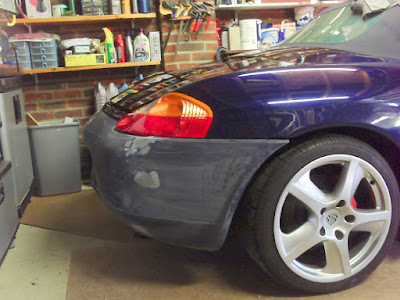 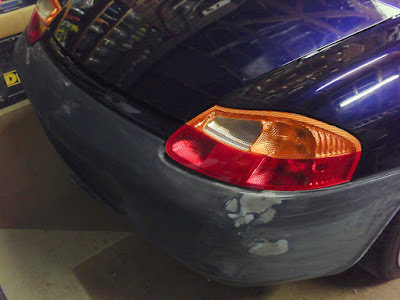 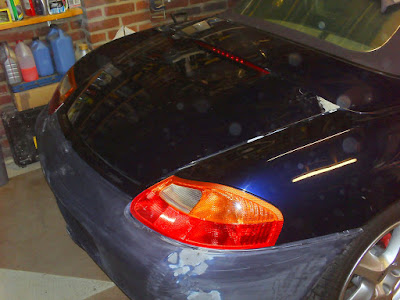 Both front and rear bumpers have been fully rubbed down and are ready for painting.